Based on income and benchmark prices, report finds most people here could afford a single-family home

Compared with long-term averages, fewer homes are being bought and sold these days. And those that do sell are often going for well under the asking price.

By one common measure, prices for single-family homes are now about seven per cent lower than they were back in October 2014. When you factor in inflation, the losses are even greater — on paper, at least — for those who bought at the peak, in real-dollar terms.

This is often framed in the media, by real estate agents, and in casual conversation as bad news. And indeed it is, if you are like most Calgarians and own a home. (This city has one of the highest home-ownership rates in the country.) It’s especially bad if you’re currently looking to sell.

But the flip side of the equation is that home ownership — including the idealized detached home with a yard and garage — is attainable for far more people here than in other major cities.

“If you’re a first-time buyer and you want your first home to be a detached house, based on our numbers, you’ll have a better chance of accomplishing that in a market like Calgary,” said Penelope Graham with Zoocasa, a Toronto-based real estate firm.

That’s according to a recent report from the firm, which, based on income data from Statistics Canada and sales data from various real estate boards, estimates that more than 50 per cent of income earners in Calgary could afford a typical, detached home at current prices.

Compare that with Toronto, where only the top 10 per cent of income earners are in the same boat. Or Vancouver, where it’s a mere 2.5 per cent.

So, especially for a first-time buyer in Calgary, the recent real estate news might not seem so bad.

Alim Charania has been working as a mortgage broker for nearly 20 years in Calgary, and while business may have been brisker in the past, he says there’s still plenty of interest from first-time buyers these days.

Many “are seeing value” in the market, he said, which he personally believes is now one of the best for affordability among major cities.

“Pricing-wise, versus the rest of Canada, for a great city to live in? You probably can’t beat it, to be honest,” he said.

Still, many would-be buyers are in no hurry to pull the trigger.

“They’re still scared,” Charania said. “There is still some uncertainty in the market. They don’t know where Alberta’s going to go; they don’t know if this is the bottom. So that’s usually top of mind.” 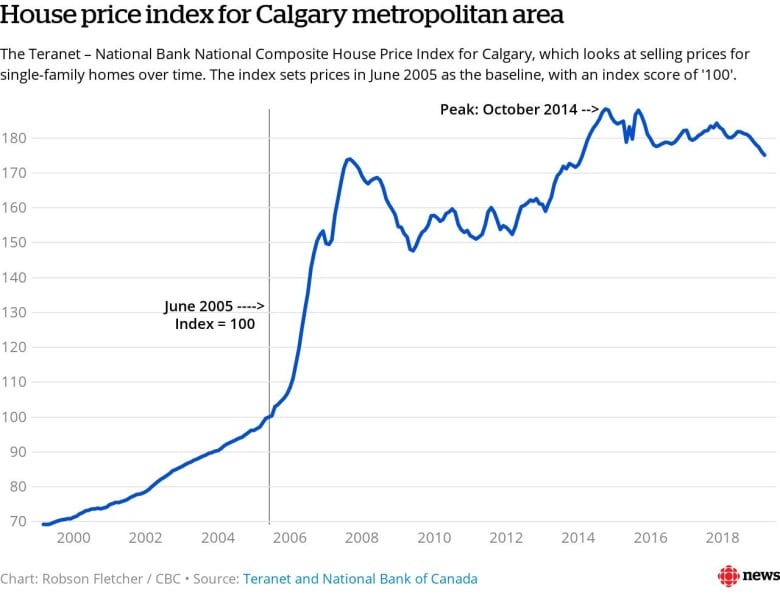 Looking over the Zoocasa report, he raised an eyebrow at some of its assumptions when it comes to determining what’s affordable. The firm assumed people would be making a 20-per-cent down payment, and paying a 3.75-per-cent mortgage rate over a 30-year amortization.

Charania said most clients he meets aren’t putting that much money down, and the relatively new mortgage “stress-test” rules would require them to prove they could pay a higher interest rate in order to qualify for a loan.

But, all those assumptions being equal across the various markets being compared, he said the report does highlight how much more attainable home ownership is in Calgary compared with other major centres.

“Affordability-wise, definitely we rank quite high, for sure,” he said.

Buyer's Market — If You Can Get A Loan

Lori Grill, an associate with The Mortgage Group Inc., says it remains a “buyer’s market” in Calgary.

And while the decline in house prices over the past several years may be appealing for first-time buyers, in particular, she said home ownership is still unattainable for many Calgarians.

That’s in large part due to the stricter lending rules, but Grill said more and more of her clients seem aware of the new mortgage environment.

“And some of them are pleasantly surprised and they leave my office feeling quite happy … and then others go, ‘OK, well, I guess I have some work to do. I need to get some credit cards paid off. I didn’t realize that was going to have the impact that it does.'”

The data in the report, Graham noted, is aggregated from real estate boards in each local market and the typical home price is based on the “benchmark” in each region. That means many houses will cost more than that — and many will cost less.

“We don’t want to put out the message that some of these markets are completely unaffordable for everyone,” she said. “There’s always going to be options that are below the average in these markets. So it’s important to keep that in mind — that we’re looking at aggregate data.”